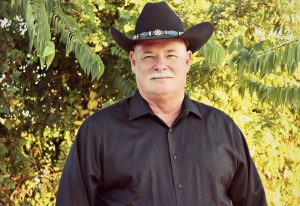 Carl Brown has had an interesting life. He was born into a lively family of eight, consisting of a brother and four sisters, spanning a twenty-two years age gap.  He has many wonderful memories of those childhood years.

At age sixteen, Carl went to work, following in the footsteps of his father, as a technician in the electric motor repair business.  Carl devoted thirty-six years to this career before deciding to venture into the siding and insurance sales, in which he remained for the next four years. In the last twenty years, Carl has been employed in electric motor sales and technical management.  Previously, his employer was Lufkin Armature Works.  He now works, as a salesman and technical advisor, at Buna Electric Motor Service.

Carl is a born-again Baptist.  He is quick to tell others that ‘the name on the door is not the most important thing. It is the relationship with Jesus, that will get you in the door’.

Carl loves to hunt deer and to fish.  Golf is one of his favorite sports but he humbly admits that there is much room for improvement. Very competitive by nature, Carl greatly enjoys shooting pool and bowling. He competes, with enthusiasm, in bowling and pool tournaments.  His competitive spirit has led him by competing in Country and western dancing. Carl has proudly participated in the Louisiana Hayride, in Alexandria, Louisiana–his first such competition.  He has also been a part of the Waltz across Texas, in Houston, Texas, as well as competing in country and western dance, in Oklahoma City, on the 20th anniversary of the Oklahoma City Bombings. While visiting the memorial there, he had the unique opportunity of talking with the parents of one of the victims of this horrible tragedy.

This is Carl’s first voice-over audio book adventure! Carl is already a sought after narrator of Christmas musical and Easter Cantatas, having performed in various cities over the years. One of Carl’s memorable narrating performances occurred when he noticed Kay Bailey Hutchison, a former United States Senator from Texas, along with members of her team, in the second row in front of him.

For narration, speaking engagement, or voice-talent inquiries, Carl welcomes you to contact him at:

Carl is also highly interested in doing some commercials and voice talent for children’s animated films.